There are many variations of passages of Lorem
Ipsum available, but the majority. 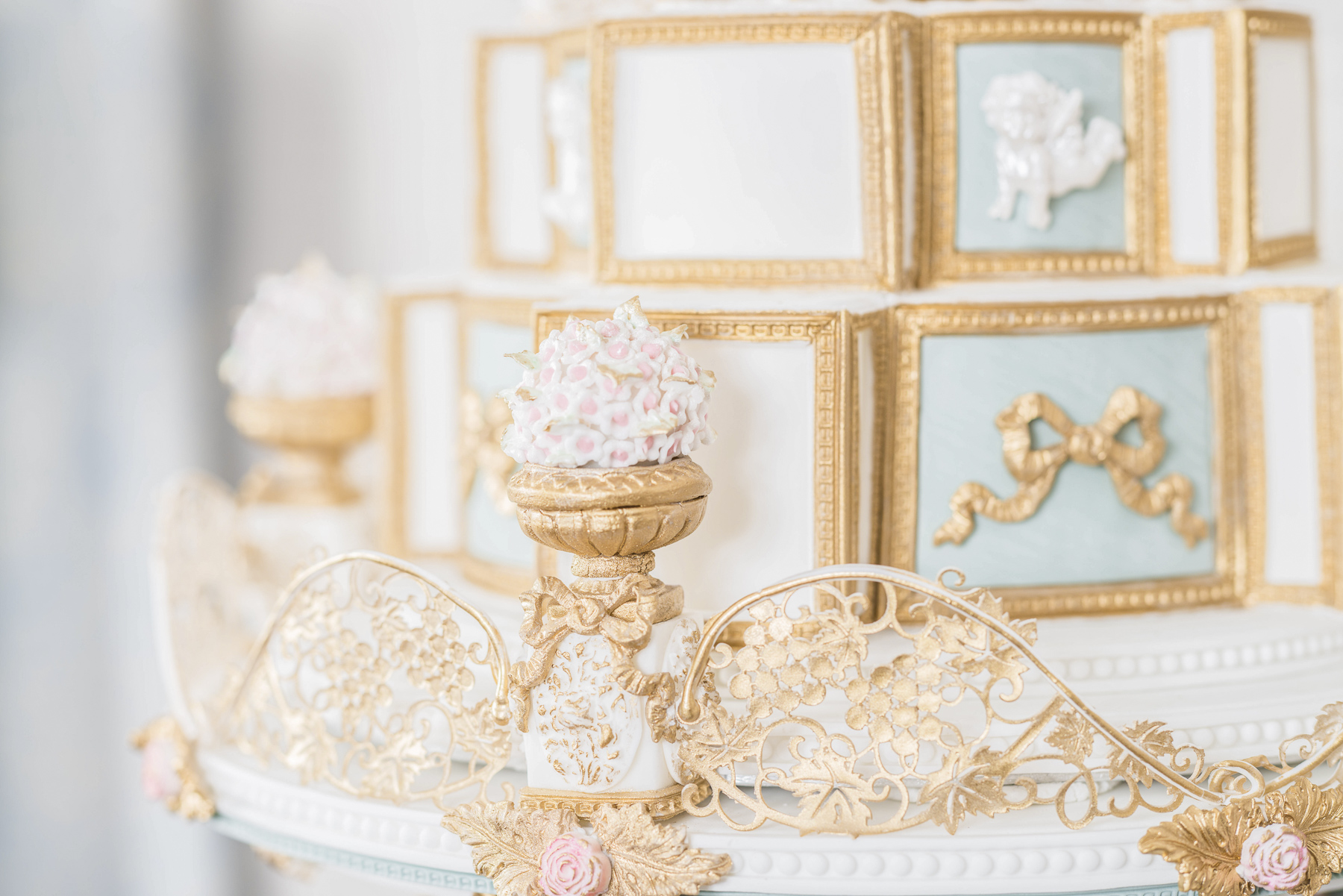 he Progress of Love is a series of four paintings designed for the walls of one of the two salons in the chateau of Louveciennes, being remodelled for Madame Du Barry, Louis XV’s mistress, in the early 1770s. Madame du Berry commissioned the four canvasses for her salon. The pavilion was intended for small, private, and privileged audiences; only the social elites of the king’s court were permitted to enter.
Fragonard’s paintings decorated her new salon only a short time, ending up eventually in the Frick Museum in New York City where they can be seen today.
The Progress of Love presumably follows a chronological order of the stages of love and relationships. The correct order is not really known, but it is widely accepted that it starts with The Pursuit, followed by The Meeting, The Lover Crowned, and The Love Letters.

This story and the paintings inspired us to create an iconic wedding cake complete with the ornate frames and intricate decoration details, colours and finishing touches used to decorate Madame du Berry’s salon, made up with uniquely shaped tiers that would make viewers fall in love with our wedding cake – “The Progress of Love”.

This cake won an award in 2017, Cake International competition in London Alexandra Palace.

Any cookies that may not be particularly necessary for the website to function and is used specifically to collect user personal data via analytics, ads, other embedded contents are termed as non-necessary cookies. It is mandatory to procure user consent prior to running these cookies on your website.